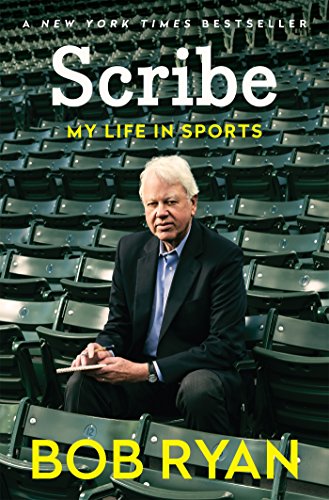 Ever since he joined the sports department of the Boston Globe in 1968, sports
enthusiasts have been blessed with the writing and reporting of Bob Ryan. Tony Kornheiser calls him the “quintessential American sportswriter.” For the past twenty-five years, he has also been a regular on various ESPN shows, especially The Sports Reporters, spreading his knowledge and enthusiasm for sports of all kinds.

Born in 1946 in Trenton, New Jersey, Ryan cut his teeth going with his father to the Polo Grounds and Connie Mack Stadium, and to college basketball games at the Palestra in Philadelphia when it was the epicenter of the college game. As a young man, he became sports editor of his high school paper-and at age twenty-three, a year into his Boston Globe experience, he was handed the Boston Celtics beat as the Bill Russell era ended and the Dave Cowens one began. His all-star career was launched. Ever since, his insight as a reporter and skills as a writer have been matched by an ability to connect with people-players, management, the reading public-probably because, at heart, he has always been as much a fan as a reporter. More than anything, Scribe reveals the people behind the stories, as only Bob Ryan can, from the NBA to eleven Olympics to his surprising favorite sport to cover-golf-and much more. It is sure to be one of the most talked about sports books of 2014, by one of the sports world’s most admired journalists.