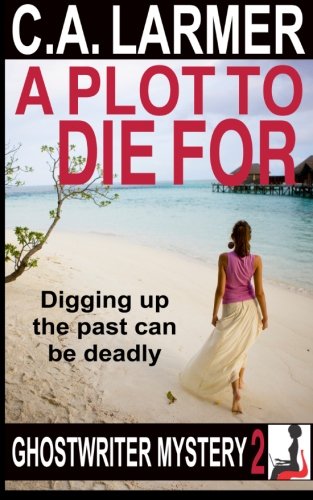 * The THIRD in the women sleuths mystery romance series starring ghostwriter Roxy Parker!
When Roxy Parker accepts a ghostwriting job at a tropical island resort, she expects little more than a good story and a touch of sunstroke. Boy is she wrong! Instead of a little R&R, Roxy stumbles upon a grotesque murder–her hotelier client has been slaughtered and buried in a plot of sand, her head protruding ghoulishly for the crabs to devour. And around her, an ensemble cast of glamorous guests are all hiding something behind their over-sized Gucci sunglasses.
In this modern homage to Agatha Christie’s Evil Under the Sun, sassy ‘ghost’ Roxy Parker finds herself stuck on a remote island with a motley collection of suspects, including stunning models, sexy artists, shifty locals and biased police officers. And every single one of them has a perfectly good reason to want the hotelier dead.
But who killed Abigail Lilton? And will they strike again?
With a cracking pace, exotic setting and eclectic cast of characters, this mystery will have you scratching your head until the final, Hercule Poirot-style conclusion. And it will make you look twice at your fellow guests next time you take that innocent island holiday…