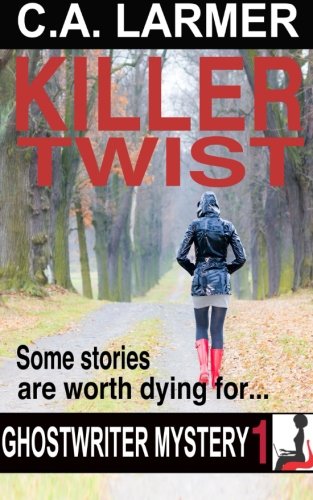 No one bats an eyelid when a bag lady washes up on the shores of Sydney, minus five fingers and decked out in designer couture; nor is anyone too perturbed when socialite Beatrice Musgrave plunges to her death soon after. No one, that is, except ghostwriter and Merlot-lover Roxy Parker. She’s been writing Beattie’s ‘autobiography’ and has just stumbled on a secret that’s worth killing for. With slick black hair, tortoise-shell glasses and a penchant for cheap Merlot, Roxy Parker is a sassy new female detective … except she’s not strictly a detective. Rather, she’s a writer with a taste for the morbid and mysterious—and this time her little sideline may get her in way over her head … In the first book of the Ghostwriter Mystery series, Roxy is hired to ghostwrite the life story of department store heiress Beatrice Musgrave. Beatrice has promised Roxy a secret worth writing about, but before she gets the chance to tell all, the socialite is found ripped to shreds at the bottom of a cliff. The police say it’s suicide but Roxy knows better—there are too many people looking way too relieved. And so she embarks on an investigation of her own. From the posh suburbs of inner-city Sydney to remote outback Australia, Roxy finds herself lured into a web of deceit where time has healed no wounds and no one is who they appear to be. One thing, however, is crystal clear: chasing headlines can be a deadly occupation. Roxy must also act fast—there’s a menacing stranger threatening her life, a handsome best friend growing increasingly impatient, and her mother is really starting to get on her nerves. Killer Twist is a fun, fast-paced adventure for anyone who loves a good cozy mystery with a little wine swilling and fashionable accessories on the side.